Viewability: what it is and how to optimize it 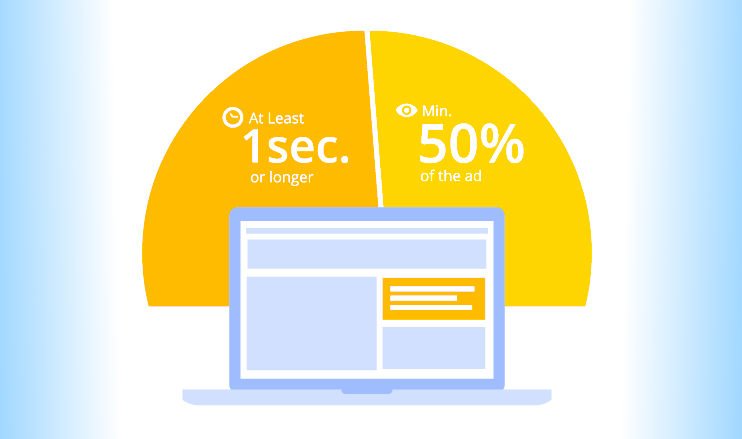 If you are a publisher and want to maximize the value of your inventory, there is something you must consider: viewability. In this post, we will explain what viewability is, why it is so important and how to optimize it.

Let’s start with a question: are all the ad units of a web page equally productive? The answer is “no”. Depending on their position on the page (and not only on that), ad units can be more or less effective and hence have different values for buyers. This concept is related to the probability of the ads to be viewed: if the ad space is well viewable, then it has more possibilities to be noticed and clicked.

Viewability is a metric for digital ad units that measures how “viewable” ads on a website or mobile app are to users.

How we can measure the viewability of an impression

But when can an ad be considered “viewable”? It’s not easy to give a unique answer to this question, since there are different opinions on this topic. However, the industry normally uses IAB’s standard definition of a viewable impression. According to IAB, a unit is viewable when it meets the following criteria:

Having said that, it’s easy to imagine that some units are more viewable than others in a web page. That can depend on different factors. First of all, it depends on their position. If we divide a page in “above the fold” (the higher half of the page) and “below the fold” (the lower half), Google data says that 68% of the “above” impressions are generally viewable, while only 40% of the “below” are viewable. But there are also other elements that can influence viewability, for example the device used (pc or mobile) or the shape of the format: again, Google says that normally vertical ads are more viewable than horizontal ones. Furthermore, we shouldn’t forget to mention the load time of the ads, another factor that can affect the probability of an ad to be seen.

There are different tools on the market for measuring viewability. Google, for instance, offers a solution that is free and integrated in all its platforms. It’s called Active View and can measure in real time whether or not an ad is viewable, based on the direct measurement of each impression.

Why viewability is so important

Knowing the viewability of your impressions is very important, because this metric is rapidly becoming the currency advertisers use to value an inventory.

In the past, buyers used to measure the success of their campaigns by the “click-through rate” metric, obtained by dividing the number of served impressions by the number of clicks. When the concept of “viewability” became popular, advertisers’ attention progressively moved from the number of impression served to the quantity of viewed ones, thus establishing new methods to measure the effectiveness of a campaign. That is why, nowadays, it is critical for publishers to make their inventory more appealing by optimizing its viewability.

How to optimize viewability

So how can publishers optimize their ads’ viewability? There are many ways.

In any case, it’s always useful to verify the optimization strategy by using tools that measure viewability, in order to find out if additional adjustments are needed. Besides Google’s Active View, there are other solutions offered by specialized companies. It’s also very important to analyze viewability for device types separately. The same ad unit on desktop could have, for example, viewability of 70%, but only 10% on mobile, and thus should be removed from mobile.

Paying attention to your ads viewability is critical if you want to increase the value of your inventory. Buyers want to avoid wasting their ad investments, and that’s why they tend to purchase viewable impressions. Improving your ads viewability means to be more appealing on the market, thus increasing your ad revenues. 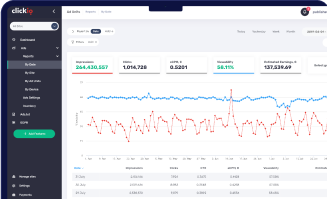